His Highness Sheikh Sabah Al-Ahmad Al-Jaber Al-Sabah the Amir of the State of Kuwait awarded the 2018 Al-Sumait prize, which comprises of one million dollars, a gold medal and shield at a special ceremony this morning in Kuwait.

The co recipients of the 2018 Al-Sumait Prize for research that has impacted development in Africa were Professor Salim S. Abdool Karim, Director of the Centre for the AIDS Program of Research at the University of KwaZulu-Natal, Durban, South Africa and CAPRISA Professor of Global Health at Columbia University, who received half a million dollars. The second half of the prize shared equally by Professor Sheila K. West Vice Chair for Research Wilmer Eye Institute at Johns Hopkins University School of Medicine, and the Rakai Health Sciences Program represented by Professor Maria Wawer and Professor David Serwada.Professor Abdool Karim, the first African scientist to receive the award said, ”I am deeply humbled and honoured by the award as it is recognition not just for me, but for the thousands of researchers in Africa and around the world making a difference to those most in need.” He went on to say “Our work however, is far from done as nearly 5000 new HIV infections continue to occur around the world each and every day.” 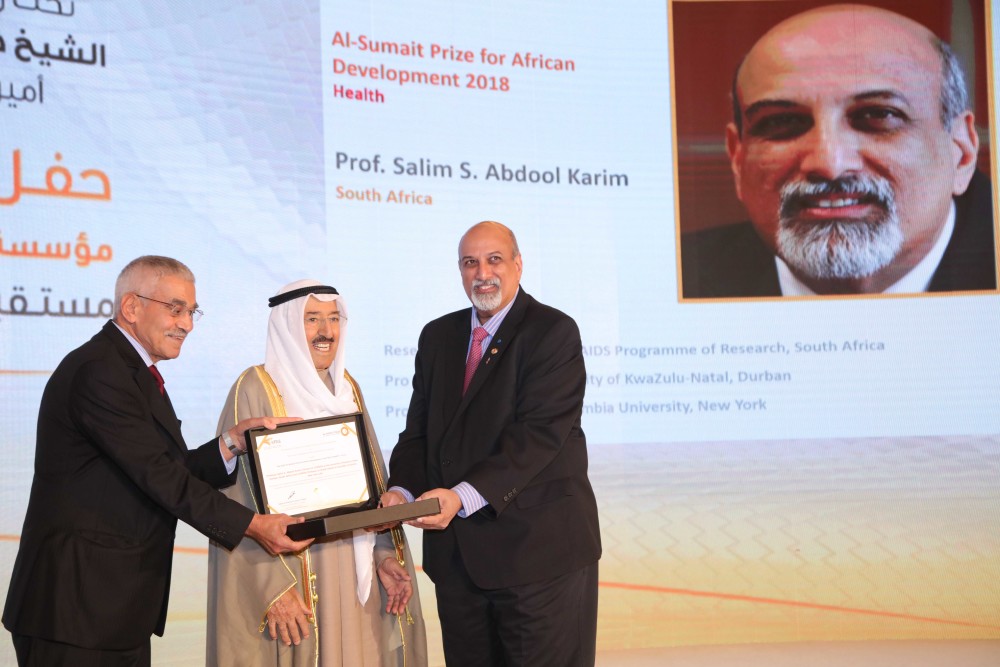 Professor West thanked the Amir and the Al-Sumait Prize Board of Trustees for the award and said, “158 million people live in trachoma endemic areas and the impact of the blindness it causes is both socially and economically disastrous this award will help us to build on the work we have done and raise awareness so families and communities don’t have to live under this threat in the future”

Speaking on behalf of the Rakai Health Sciences Program, which she co-founded, Professor Wawer said, “ We are very grateful for the recognition this award gives to our teams both in Uganda and at John Hopkins University for the impactful work we are doing to combat the HIV epidemic in Uganda.”

Dr Adnan Shihab-Eldin, Director General of the Kuwait Foundation for the Advancement of Sciences (KFAS), which administers the prize told the audience that this years Laureates had been working tirelessly to improve life expectancy and quality of life for millions of people living on the continent of Africa and beyond and their dedication and determination was truly inspiring”.

Initiated in 2013 by His Highness the Amir of the State of Kuwait Sheikh Sabah Al-Ahmad Al-Jaber Al- Sabah, the Al-Sumait Prize for African Development is designed to reward innovative and inspiring initiatives and research by individuals and organizations that address the challenges facing the African continent. The award recognizes and honours individuals or institutions that help advance economic and social development, human resources development and infrastructure in Africa.

The Al-Sumait Board of Trustees comprises prominent international personalities in the field of development in Africa and are world-renowned philanthropists. The Board is chaired by H.E. Sheikh Sabah Khaled Al-Hamad Al-Sabah, Deputy Prime Minister and Minister of Foreign Affairs of the State of Kuwait.

Other trustees include Mr Bill Gates, Co-Chair of the Bill & Melinda Gates Foundation, Mr Makhtar Diop, Vice President of the World Bank for Africa, Dr Kwaku Aning, Former Deputy Director General of the International Atomic Energy Agency, and Mr Abdulatif Al-Hamad, Director General and Chairman of the Board of the Arab Fund for Economic and Social Development.

The Million Dollar Prize will be split between Professor Salim S. Abdool Karim, Director of the Centre for the AIDS Program of Research (CAPRISA) who will recieve half and Professor Sheila K. West Vice Chair for Research Wilmer Eye Institute at Johns Hopkins University School of Medicine and the Rakai Health Sciences Program, based in Rakai, Uganda sharing equally the other half million dollars. 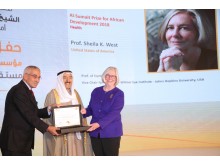 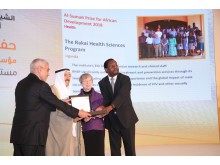