Following consideration of the jury and selection committees’ reports, the Board of Trustees has decided to award half of the Prize to Professor Salim S. Abdool Karim, Director of the Centre for the AIDS Program of Research, Pro Vice-Chancellor (Research) at the University of KwaZulu-Natal in South Africa and Professor at Columbia University. The second half of the prize is to be shared equally between Professor Sheila K. West Vice Chair for Research Wilmer Eye Institute at Johns Hopkins University School of Medicine, and the Rakai Health Sciences Program, which is a nonprofit independent research center based in Rakai, Uganda.

Professor Abdool Karim has been jointly awarded the prize for his recognised contributions to science in HIV treatment and prevention over the past three decades, which have led to significant changes in health policy and practices worldwide. He has published more than 350 papers in world-class medical journals and his efforts in research on prevention and treatment of AIDS patients has been a major factor in the decline in HIV/AIDS and mortality rates in Africa and the world. 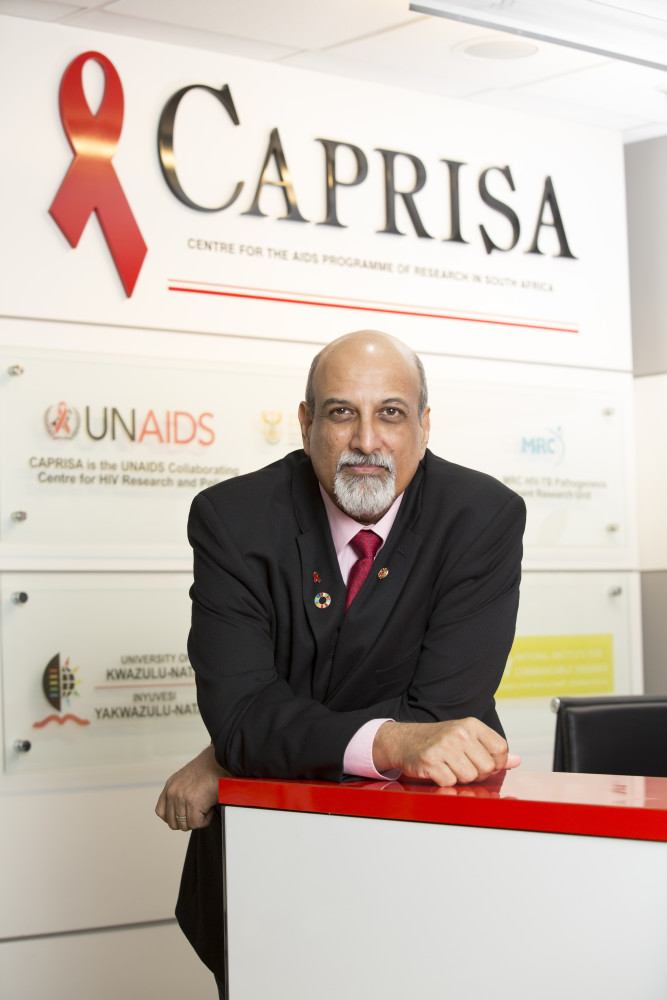 His findings on HIV-TB, a leading cause of death in Africa, are specifically mentioned in many country treatment policies and guidelines, and are being implemented worldwide. The impact is highly tangible (eg. HIV-TB deaths have halved in South Africa since 2012).

Professor West has been jointly awarded the prize in recognition for her dedicated research focused in Africa on ways to improve trichiasis surgery outcomes and eliminate blinding trachoma. Her work has contributed to the control of blindness for both children and adults. 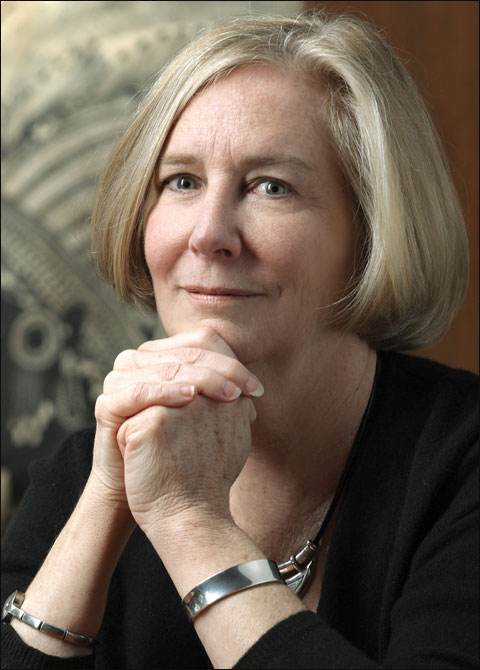 She has been instrumental in the development of the World Health Organization SAFE strategy for Trachoma prevention and control, a sustainable strategy that is now widely used throughout the world and is preventing blindness among both children and adults. Professor West continues her work on neglected tropical diseases in the poorest communities with partners across the globe.

The third joint winner of the 2018 prize is the Rakai Health Sciences Program (RHSP) in recognition for its important role in improving public health in the African continent by fighting against HIV/AIDS and sexually transmitted diseases, and for discovering -three decades ago- the first clinical symptoms of what was then a new medical phenomenon called "slim disease” on the African continent. 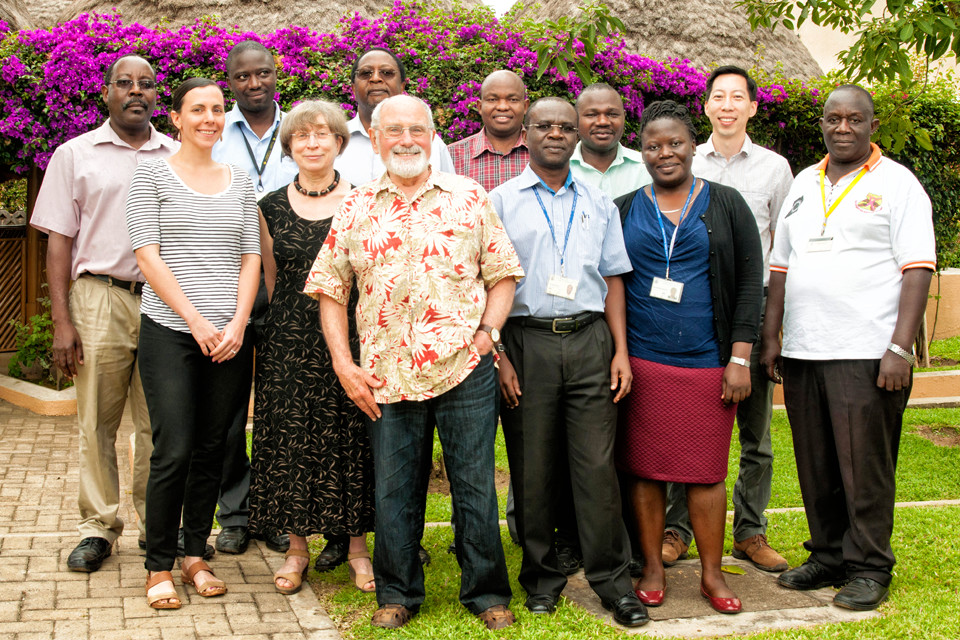 The program also succeeded in documenting the importance of male circumcision and its positive impact as an effective means of reducing HIV and other sexually transmitted diseases, while the publications of the program in prestigious medical journals have had a significant impact on health policies in Africa and the world.

H.E. Sheikh Sabah Khaled Al-Hamad Al-Sabah, Deputy Prime Minister, Minister of Foreign Affairs and Chairman of Al Sumait’s Board of Trustees said: "Our goal with this prize is to promote positive change across Africa, and these newly announced laureates of the Al-Sumait Prize for African Development have been working tirelessly in their field of Health to create a positive and sustainable difference across Africa and the world.”

Dr. Kwaku Aning, Chairman of the Ghana Atomic Energy Commission (GAEC) and Member of Al Sumait Prize Board, said: “The achievements of all the winners for the award this year represent a high level of commitment to the challenges facing the African continent in health care. The efforts of two of the three winners are focused on ways to treat and prevent HIV/AIDS, which is the leading cause of death in Africa.

"The third winner focuses on the treatment of blinding trachoma, which is not a direct cause of high mortality, but a disease that is described as an “orphan" affecting members of the poorest communities in developing countries. The decision to award the prize to three winners is a testament to the dedication of all candidates to efforts to improve health in the African continent."

Dr. Adnan Shihab-Eldin, Director General of the Kuwait Foundation for the Advancement of Sciences (KFAS), said: “Our Laureates for the 2018 Al Sumait Prize are responsible for measurable improvements to the lives and life expectancy of millions of those suffering from HIV and Trachoma and decreasing death rates of AIDS, through innovative research on treatment and prevention and in championing sustainable changes in health polices across Africa and the world.”

The prize amount of one million US dollars, offered by the State of Kuwait, is awarded annually to individuals or institutions within one of the three fields of Food Security, Health and Education. The Board of Trustees (BOT), which oversees the prize, is chaired by H.E. Sheikh Sabah Khaled Al-Hamad Al-Sabah, Deputy Prime Minister, Minister of Foreign Affairs, and its members include: Bill Gates, co-chair of the Bill & Melinda Gates Foundation, Dr. Kwaku Aning, Chairman of the Governing Board of Ghana Atomic Energy Commission, Chairman of Ghana Nuclear Energy Institute and Former Deputy Director General of the International Atomic Energy Agency, Abdulatif Alhamad, Director General and Chairman of the Arab Fund for Economic and Social Development, Tareq Al-Mutawa, Executive Member of the Board of Public Gathering Charity Committee and Makhtar Diop, Vice President for Africa, The World Bank. The Kuwait Foundation for the Advancement of Sciences (KFAS) provides all the administrative and logistic support.

An initiative of His Highness Sheikh Sabah Al-Ahmad Al-Jaber Al- Sabah, the Amir of the State of Kuwait, which provides the annual million dollar, the Prize honors the late Dr. Abdulrahman Al Sumait, a Kuwaiti doctor who dedicated his life to addressing the health challenges confronting Africa.

The 2018 Laureates were Professor Salim S. Abdool Karim, Director of the Centre for the AIDS Program of Research at the University of KwaZulu-Natal, South Africa who received half a million dollars. The second half of the prize shared equally by Professor Sheila K. West Vice Chair Research Wilmer Eye Institute at Johns Hopkins University School of Medicine, and the Rakai Health Sciences Program.